What we saw and learned at SolidWorks World 2014

At sunny San Diego (California) 5600 people attended SolidWorks annual event: SolidWorks World 2014. This is the community's and SolidWorks reseller´s opportunity to see what's coming down the pike for SolidWorks 2015, get exposure to new technologies being launched by Dassault Systèmes SolidWorks Corporation, hob-nob with users, programmers, industry experts, other SolidWorks resellers worldwide and get most of all get inspired.


From PLM Group we had a team of seven people - Jan Lundström and Charles Nilsson from Sweden, Silva Lill and Juuso Jalava from Finland, Lars Green and Mikkel Marott-Olesen from Denmark and Dmitri Aleksandrov from Estonia. Also our customers Atte from Finland and Ojvind from Denmark joined us this year.

We arrived a day before the conference and had some time to look around at San Diego Zoo, La jolla (San Diego Beverly Hills) and of course do some nice shopping on Outlet stores. 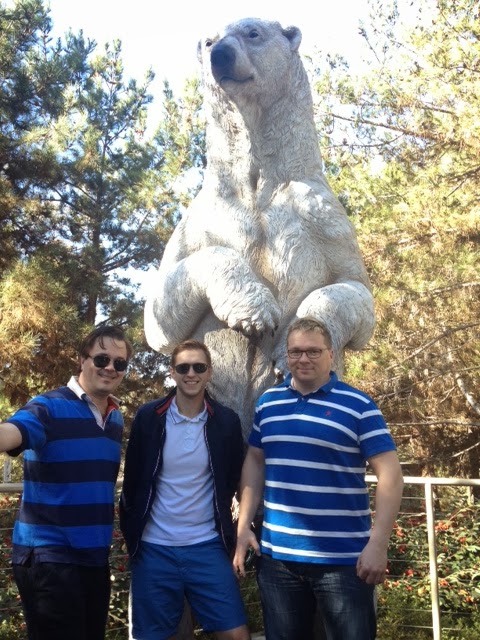 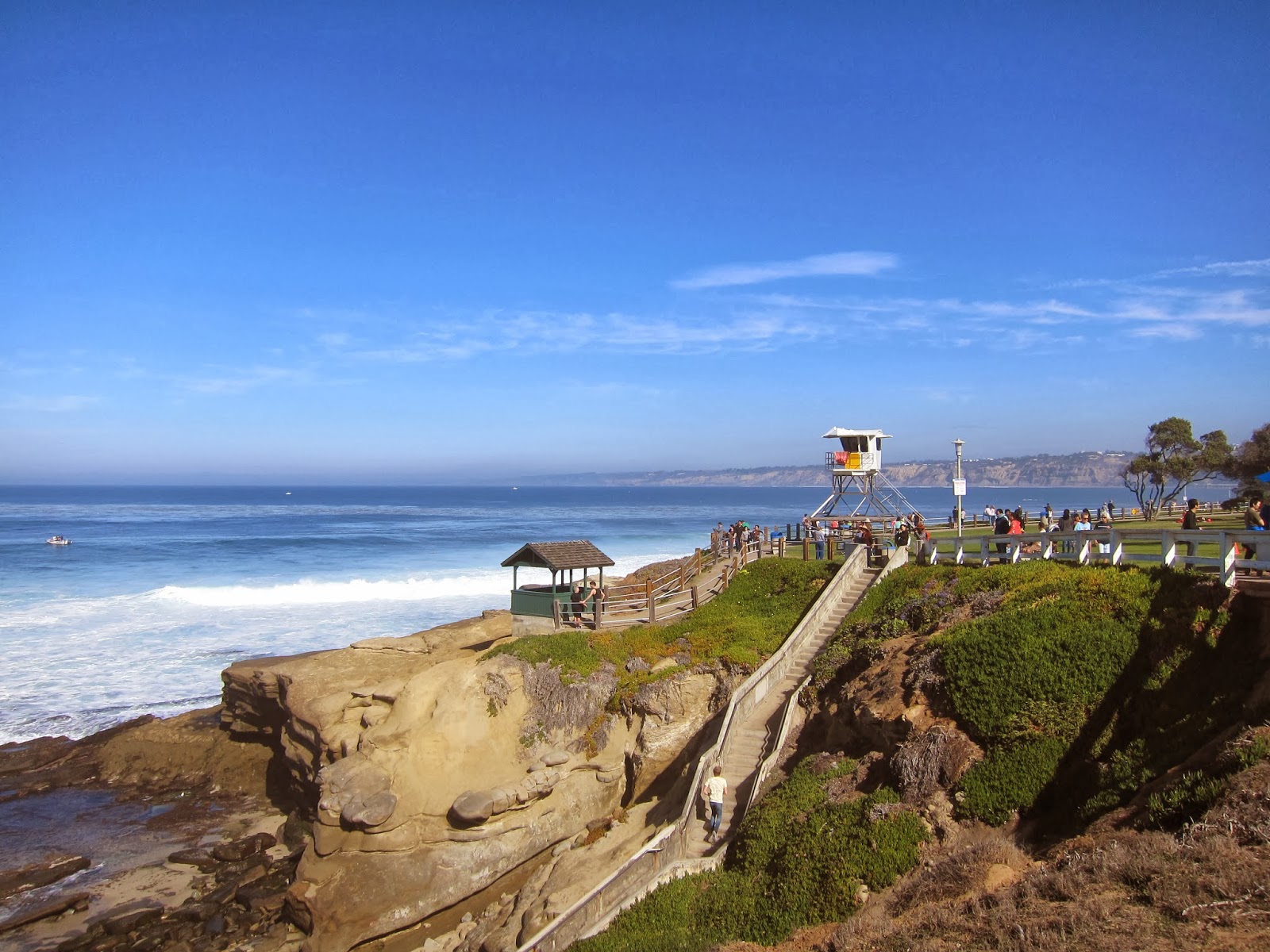 And then the SolidWorks World started.

SolidWorks World kicked off on Monday morning with nearly 6000 people gathered together to celebrate their love to engineering and design. 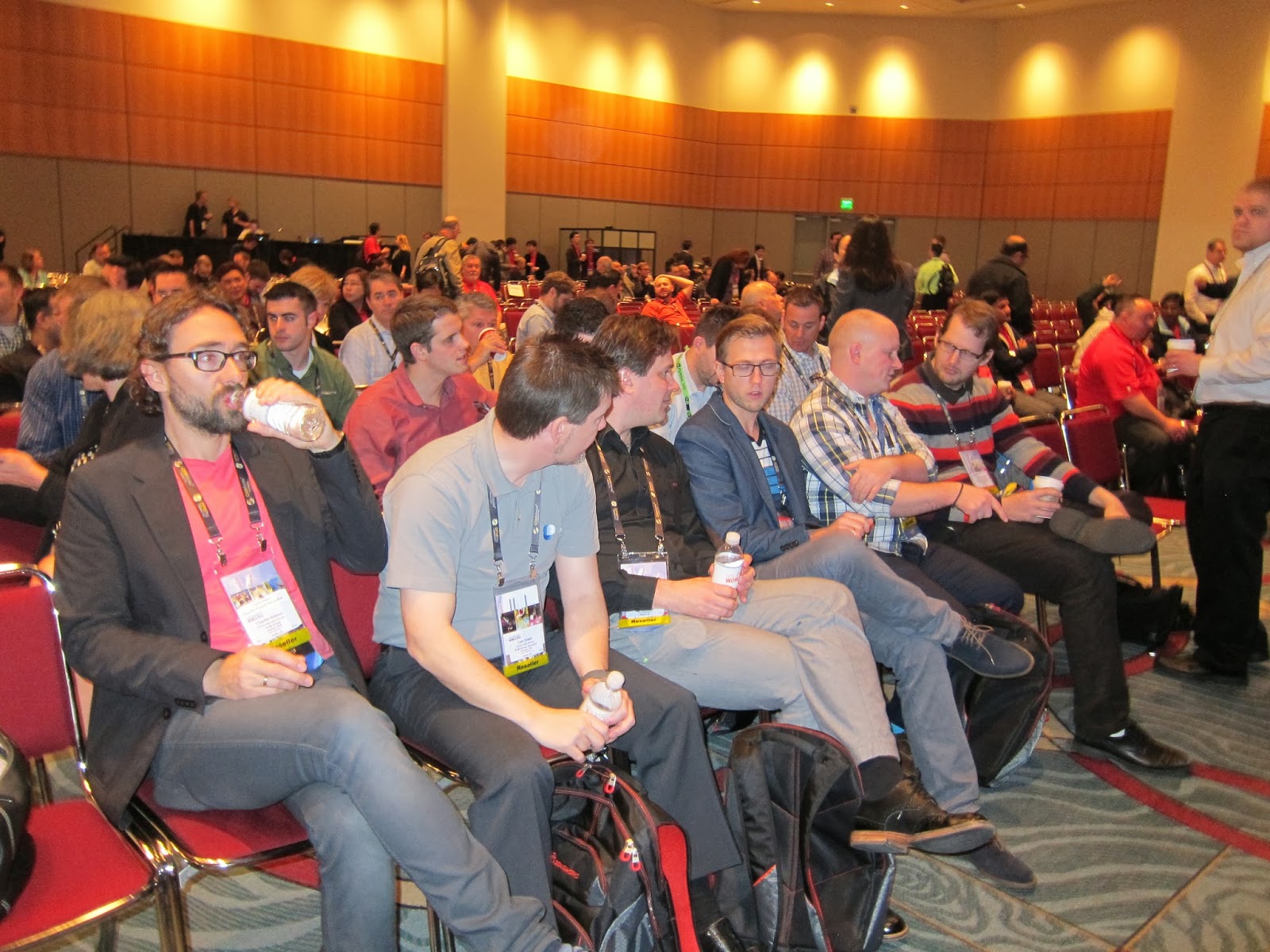 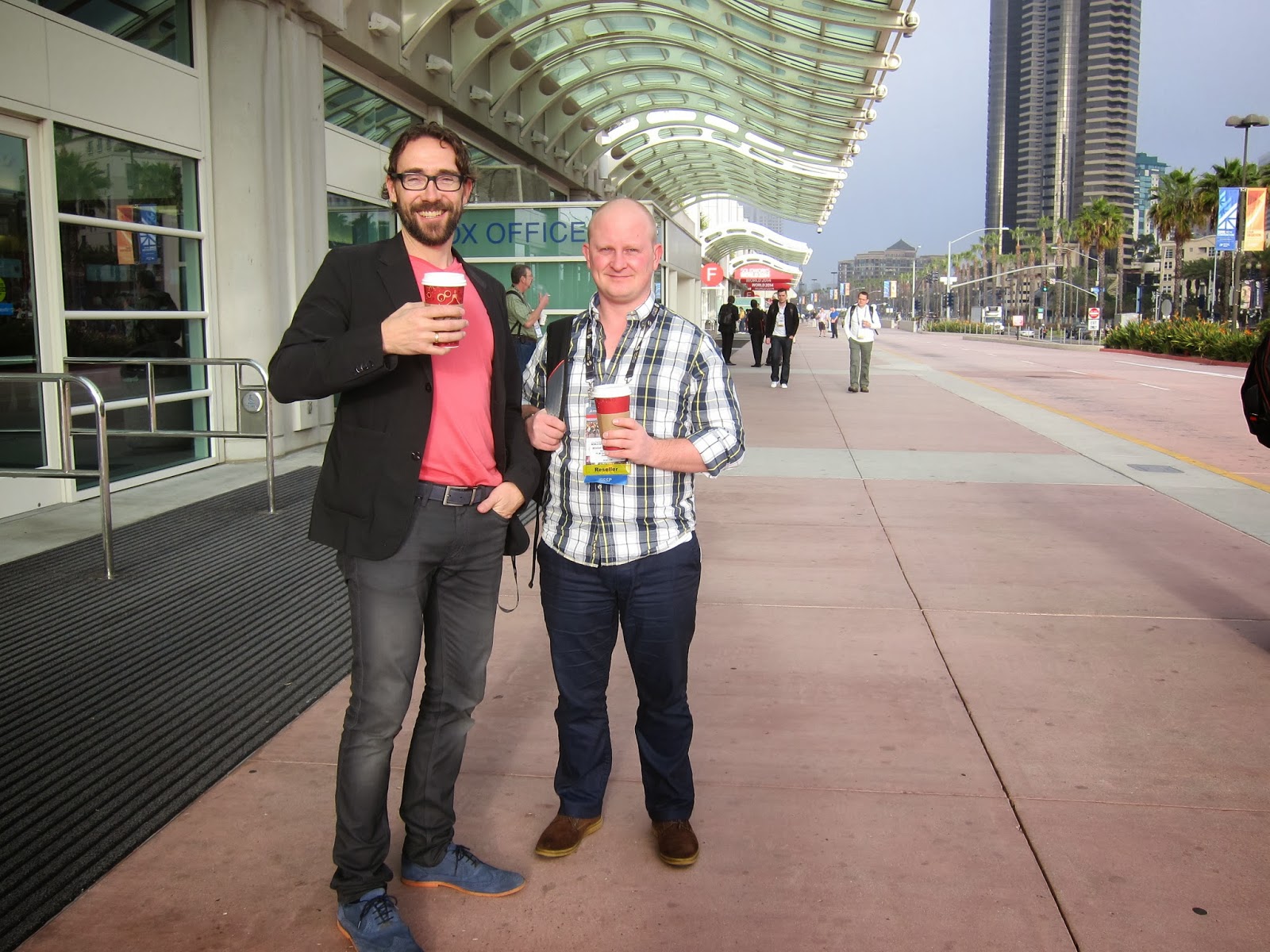 The two greatest sources of inspiration for me came from speakers at the General Session. I'd like to give you my take on them both.

Hugh Herr, An Associate Professor at the prestigious MIT, directs the Biomechatronics Group within the MIT Media Lab. The Group comprises of about 35 students, postdocs and research staff all conducting critical research in limb bionics.

A conversation with Hugh Herr was extremely interesting and expiring. As director, his job is to set the research vector for the Group, and to raise adequate funds to support the Group’s various research initiatives.

Hugh Herr is not only invents bionic limbs but utilizes the very same technology as he is a double amputee. I cant stop thinking about the advancements Dr. Herr and others in the Biomechatronics group are going to do for the world of medical health at large. The question in my mind was if the world will have access this technology? What will be the cost for consumers?

On the image: Hugh Herr on the cover of Wired magazine with American athlete Amy Mullins.

Inspired by design – US team Bobsled for the Sochi games

CEO Bertrand Sicot introduced the BoDyn team: Geoff Bodine and Bob Cuneo, who are behind the design of the Night Train 2 bobsled that the US team is taking to the 2014 Olympics right now in Sochi, Russia. Bertrand had an opportunity to visit with the team last year in Park City, Utah, and even got to take a ride down the track. He showed some video documenting the experience, and the team discussed what goes into designing a bobsled used in the winter games. 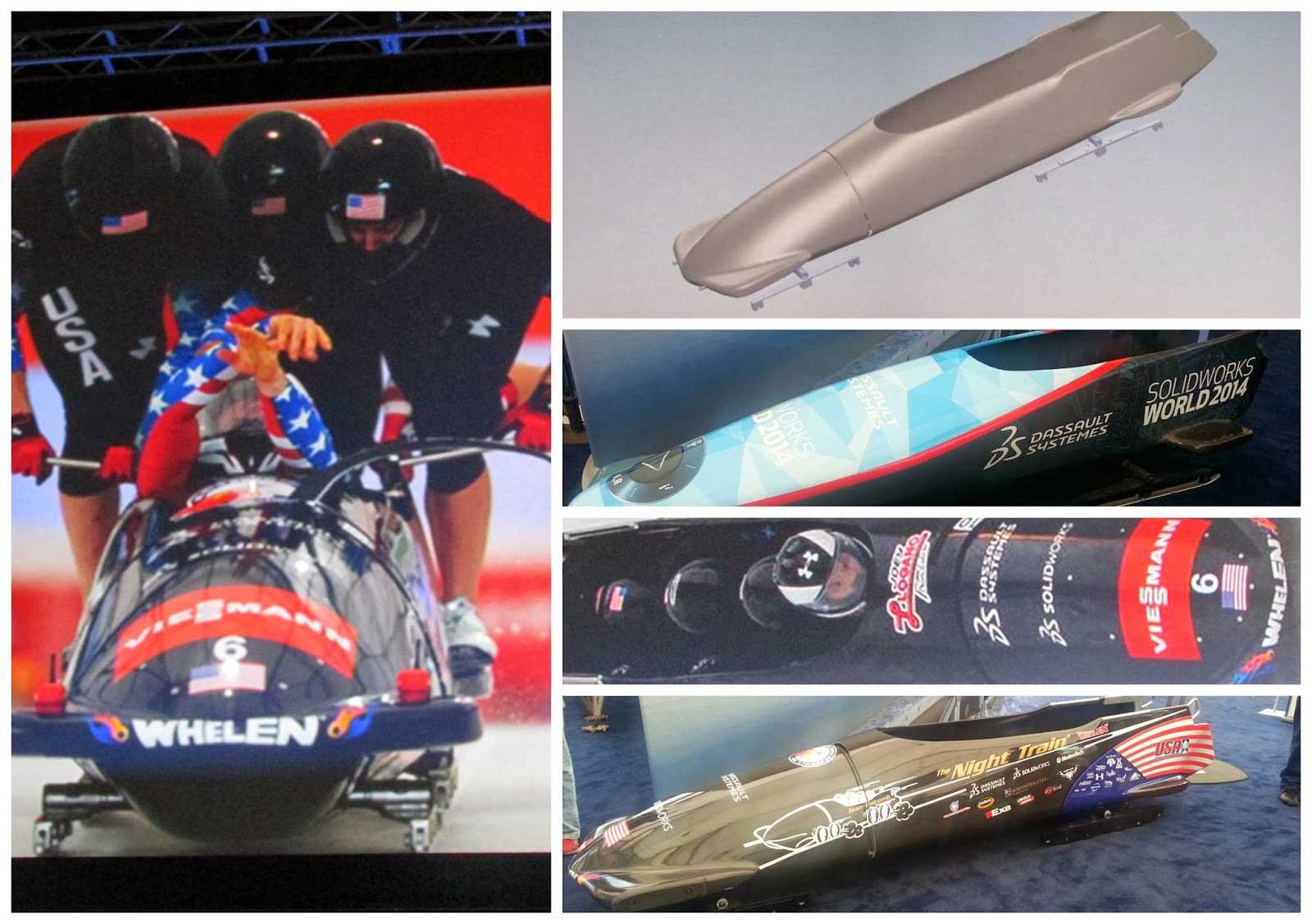 This was a simple and inspiring story, really. Geoffrey Bodine is an American Nascar driver who became obsessed with bobsleds while watching the 1992 Olympics, where he learned that Americans were buying their sled from other countries and loosing. He got bitten with the bobsledding bug. 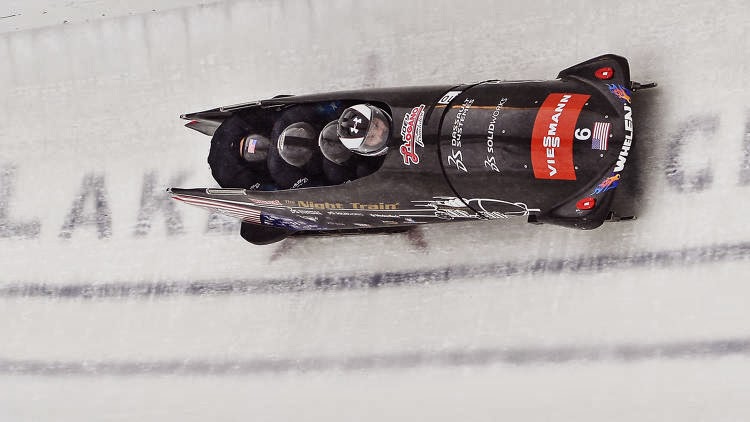 He and the team used SolidWorks and CFD software to improve their design of the sled. Follow that with very visible wins for the team recently and it's hard not to get inspired by the team who puts all the passion in whatever designs they work on. Looking forward to see their results on Sotchi. Meet BoDyn Night Train Bobsled Team:

Special Event in the evening at the Embarcadero was partly extreme entertainment with chances to test your skills on the trapeze, showing everyone just how extreme you can be. If flying through the air is not your thing (not mine at least!!), better relax and enjoy some local San Diego brews and fare. The hottest local band and DJ will kept eveyone movin' and groovin' into the night... which is sure to end with a bang. 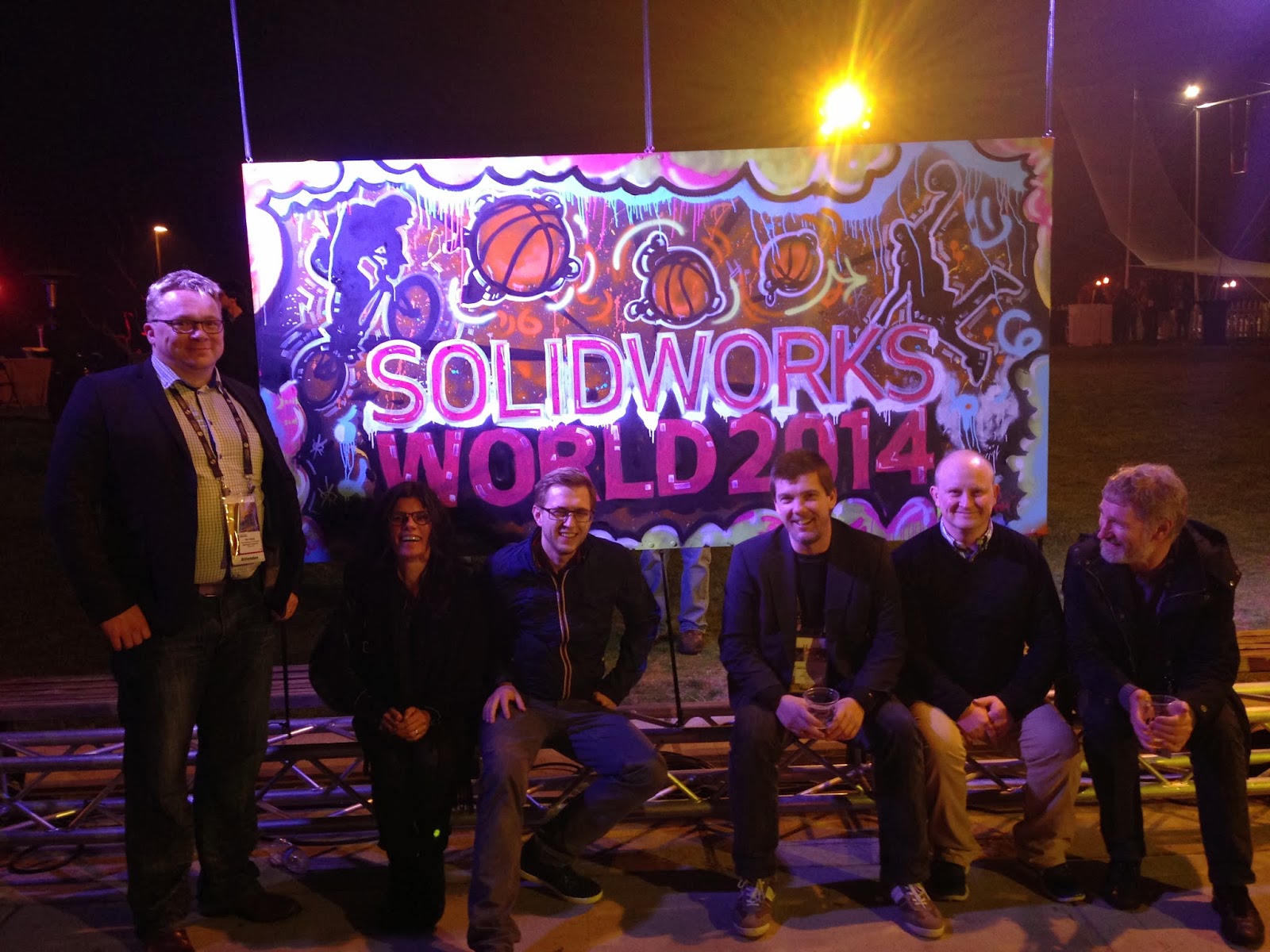 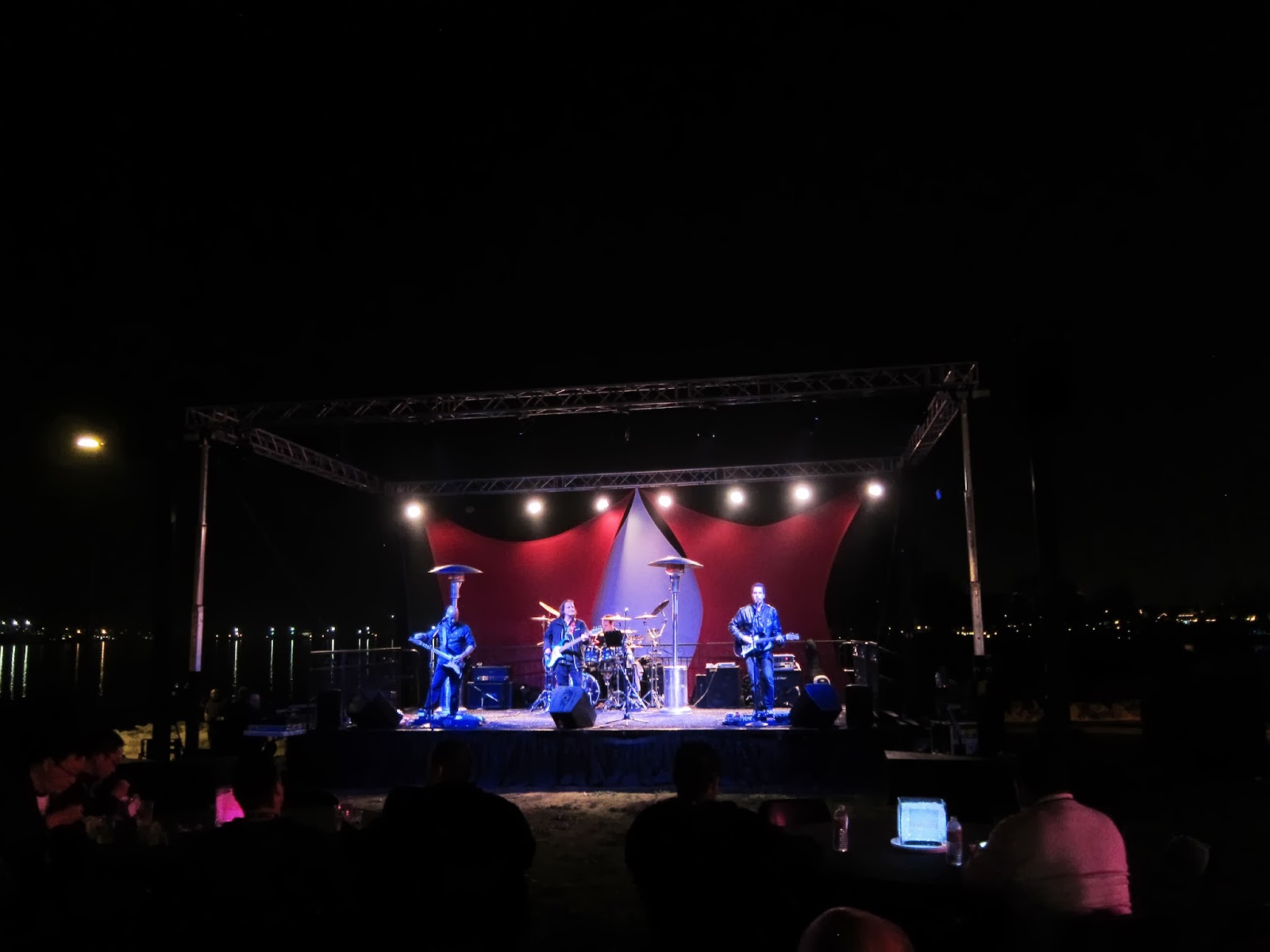 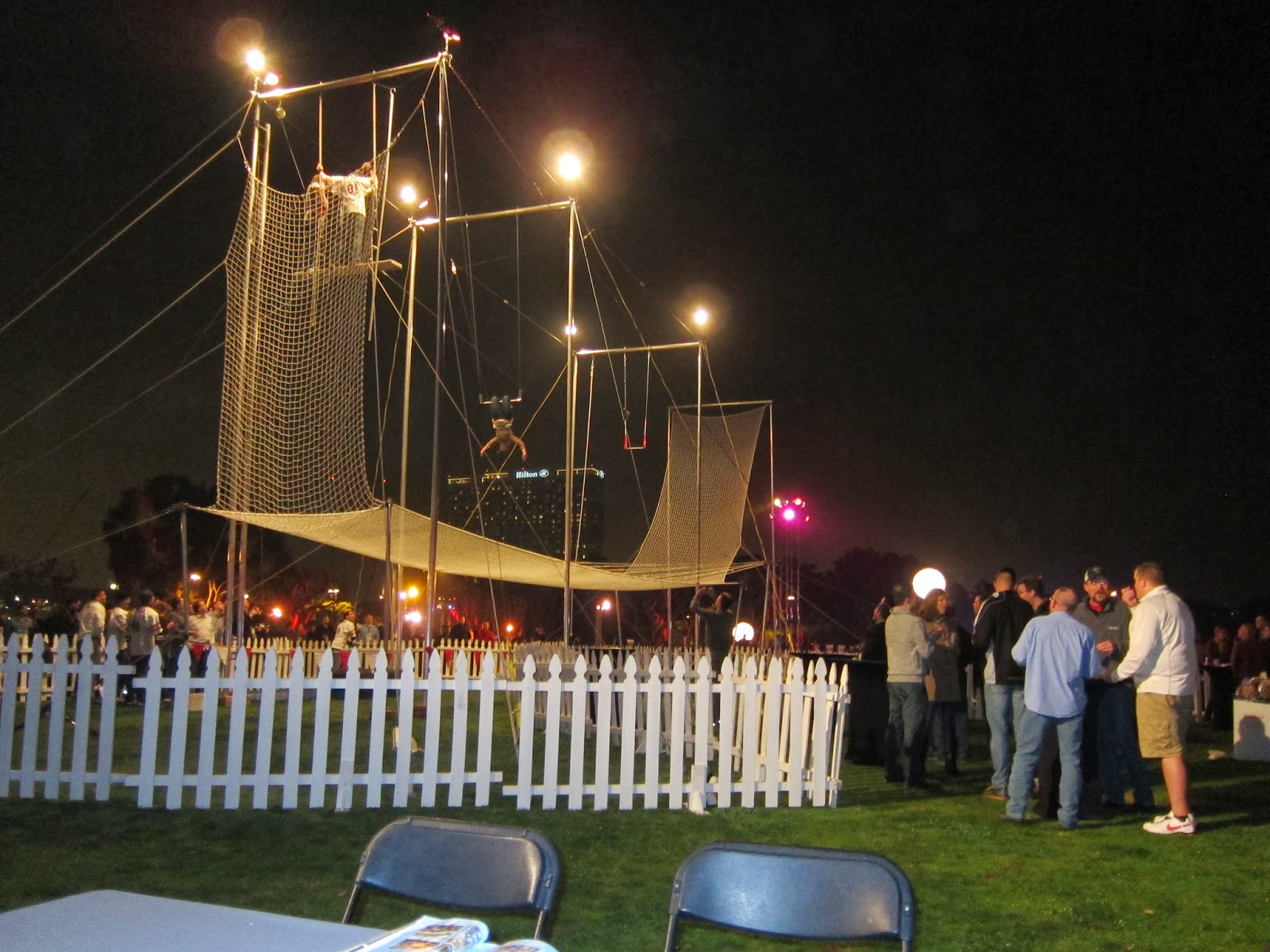 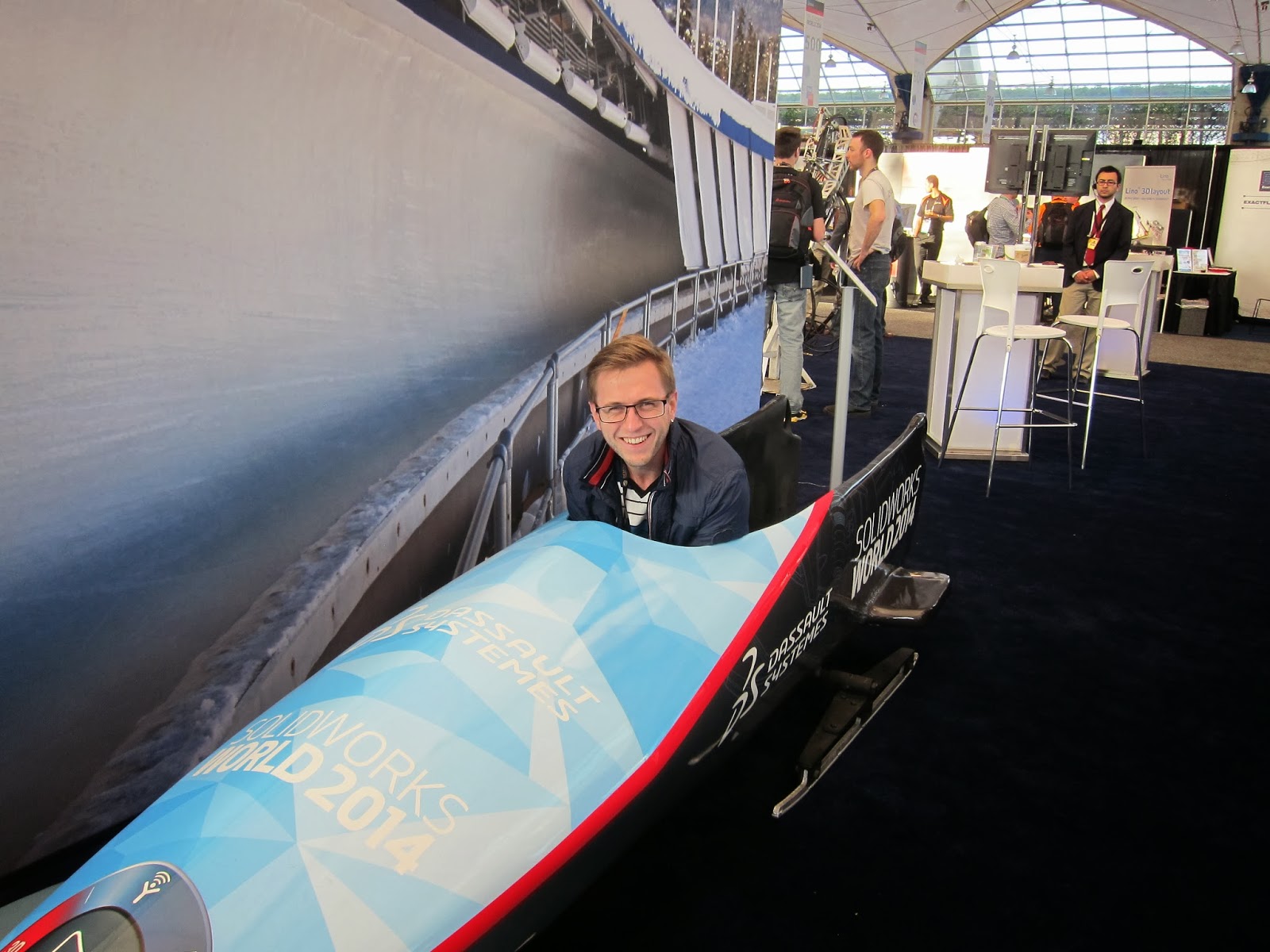 There was more than hundreds of innovative SolidWorks designed products from around the world featured in the spectacular 557 square meters exhibit space. We were visiting the showcase every day and left the plave with inspiration and creative ideas. 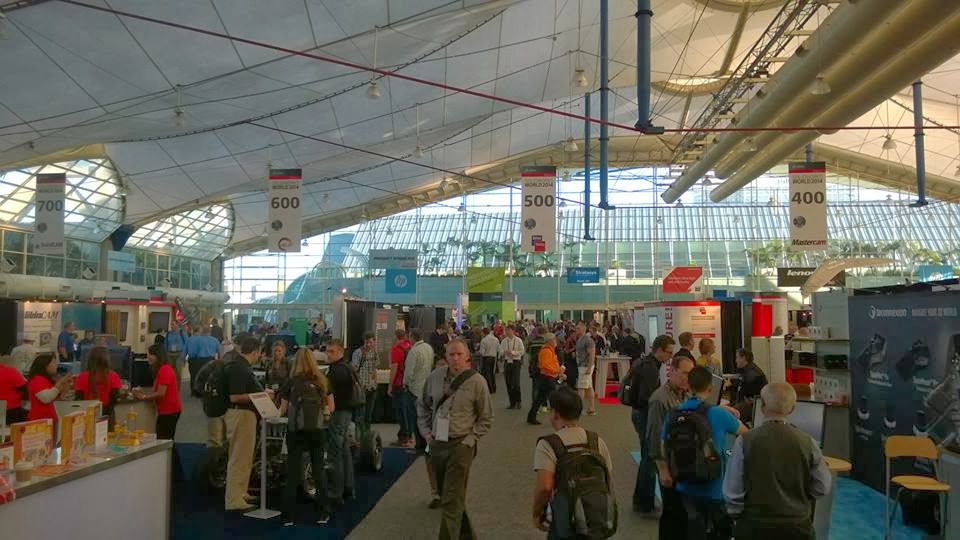 The SolidWorks World Partner Pavilion is the largest worldwide exchibithion of SolidWorks partner solutions. The partner pavilion showcase s the latest and greatest products and services, while providing a unique opportunity to network with partners, resellers, and SolidWorks users.

Last evening on the reseller´s dinner PLM Group was asked to pick up prices for the great achievements. PLM Group Baltics is a part of 100% Club! Dmitri Aleksandrov on the stage. 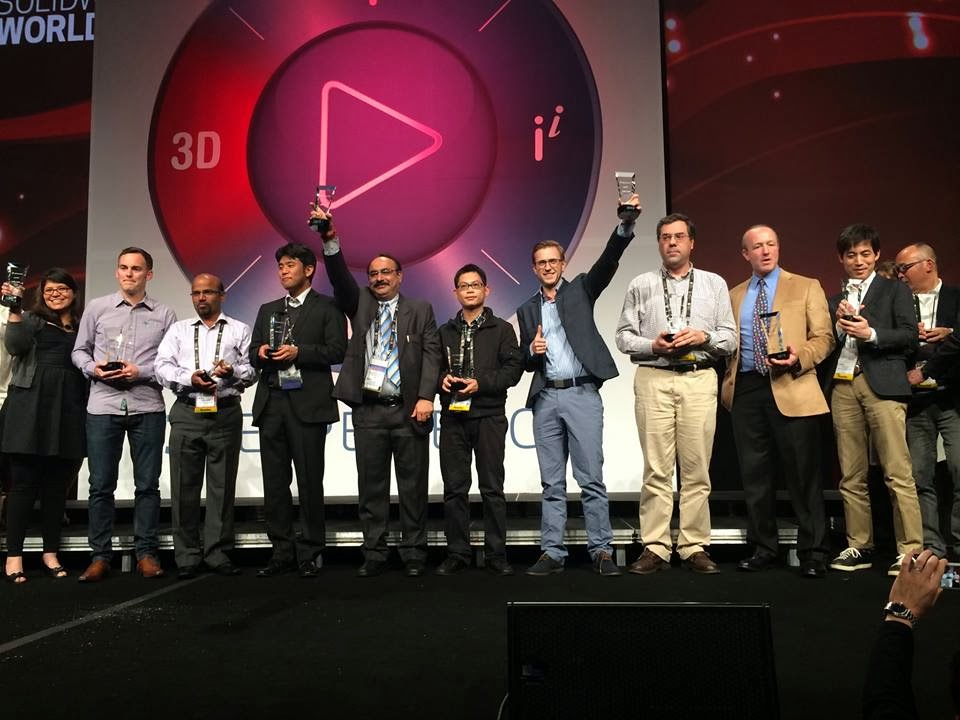 It was a great and inspiring event in San Diego this year. Start planning your trip for SWW 2015 in Phoenix Arizona together with PLM Group team! 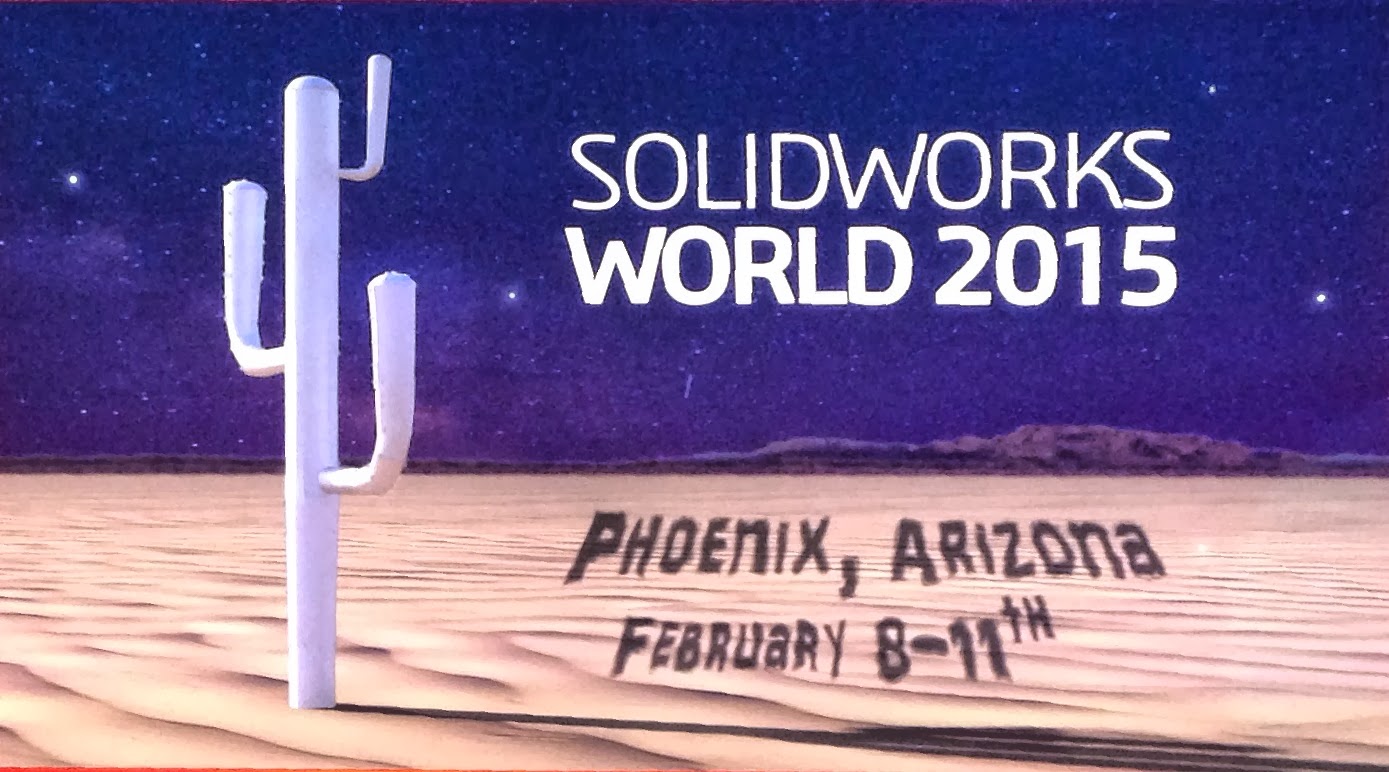